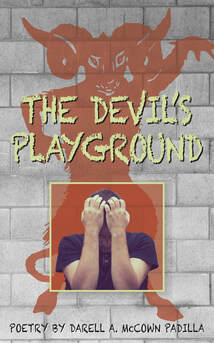 ​About the book
Poverty, abuse, violence, drugs, crime—“a life of hell,” as Darell Padilla painfully paints it. Until the miraculous day when God came into his life. From then on—building on the strength of his newfound faith—he battled the odds, and circumstances that few could have conquered, to build a world of achievement that once seemed unimaginable. Now, in these vivid and heartfelt poems, Darell shares the path that brought him from “rock bottom” to a fulfilling life of education, family, love, and accomplishment. To read them is to be inspired with the reality he found that truly, with God all things are possible.

About the author
I am a twenty-nine-year-old who can literally say I beat my demons. Yes, every day is a fight, but what day isn’t? I still fight those demons every day, because recovery does not happen overnight, something I learned the hard way.

The biggest demon I had to face was myself. Addiction can lead you down a lot of dark places; some people find their way out, and others . . . well, they just don’t make it. I wrote this book to give hope and inspiration to those who are battling their demons.

Don’t give up; have faith and hope. I tried to have faith, and gave up on it for hope. But you have to have both—that’s what I learned after trying everything else. I am also a father whose kids have been a big part of this chapter of my life: living sober. If I can do it, so can you. Here is what I hope will be some inspiration from someone who has been there and done that.