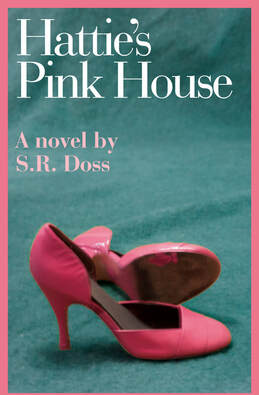 ​About the book
At one time, Hattie’s was a famous Texas whorehouse, located just outside the Austin city limits, featuring a downstairs bar where politicians, newspapermen, Longhorn football coaches, university students, and other late-nighters could congregate for drinks and what not.

In this novel, Hattie’s has disappeared, but by way of flashback, it is remembered warmly by Phillip Dee, a paratrooper on his way to Germany on the eve of the Vietnam war, recalling how he had once been a reporter working his way through college, going without sleep, trying to keep his managing editor at bay.

Back in Austin to retrieve a car he had won and left there five years earlier, Dee recalls, among other things, how Hattie had helped him expose a crooked Texas congressman named Lomax, only to be fired then by his publisher, who was in league with Lomax, bribing him to obtain a TV station.

In Blood on the Risers, published in 2018, Dee encounters Lomax again in Germany and forces him from office, in a story, like Hattie’s Pink House, written to amuse and awaken one to life’s ironic twists and turns.

Also by S.R. Doss
Blood on the Risers
A Game of Inches

About the author
S.R. Doss has been a journalist, a paratrooper, and a professor of philosophy. A Game of Inches, the third novel in this series about Phillip Dee, is to be published next.